The Theban Mapping Project began work in Luxor's West Bank in 1979, mapping its hillsides and making detailed architectural plans of the many ancient tombs it contained, starting with those in the Valley of the Kings. In 1989 it rediscovered the entrance to one of them, a minor tomb Egyptologists called KV 5. Over the next several years, our work revealed that KV 5 was not a minor tomb at all but the biggest tomb ever found in the Valley of the Kings and one of the largest ever found in Egypt. The discovery made headlines around the world and our project was bombarded with questions from a fascinated public. To keep them up to date, we worked with the web development company, Second Story, to design a website documenting Thebes, the Valley of the Kings, and our work in it. KV5.com went online in July, 1998, and was an immediate hit. It received dozens of awards for its content and design, and by 2000 was receiving over 18 million hits annually, making it easily the most-visited archaeological site on the Internet.  We regularly updated and added to its contents. But in 2010, the site crashed.  And we lacked the funds to restore it to life.

In 2019, the American Research Center in Egypt came to the rescue and authorized funds and contracted its web designer, Teal Media, to revive the website, redesigning its format and functionality. The American University in Cairo continues to be the home of the TMP and together, AUC and ARCE have brought the website back to life. The website now contains several new features, including photographic coverage of decorated KV tomb walls and interactive drawings of the tombs.

Over the coming months, we hope to hear from visitors like you as we fine-tune and add to the site's contents. Our goal is to make the site an up-to-date record of the work of the TMP and a source for the study of the Valley of the Kings and ancient Thebes in general.  Please help us achieve these goals by sending comments and suggestions to us.

Thank you for so patiently awaiting the website’s return. 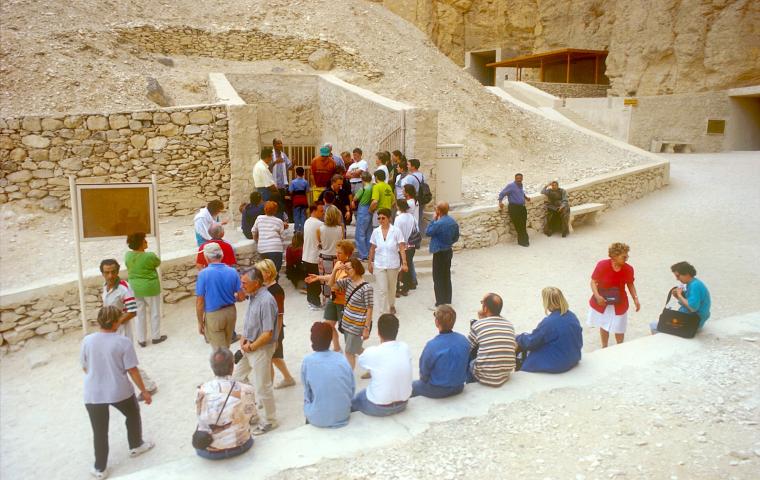