The identity of the original owner of this tomb is unknown, if indeed KV 56 is a tomb at all. Since most of the objects found inside bear the names of Tausert and Sety II (as well as Rameses II), Maspero believed that all the materials found in KV 56 were taken from KV 14, the tomb of Tausert, which was usurped by Setnakht. Aldred, on the other hand, argued that KV 56 was not a cache, but rather an essentially intact burial of a child of Sety II and Tausert. He based his theory on the fact that near the left (west) wall of chamber B were remains of stucco, gold leaves and inlays, which could be from a Coffin. 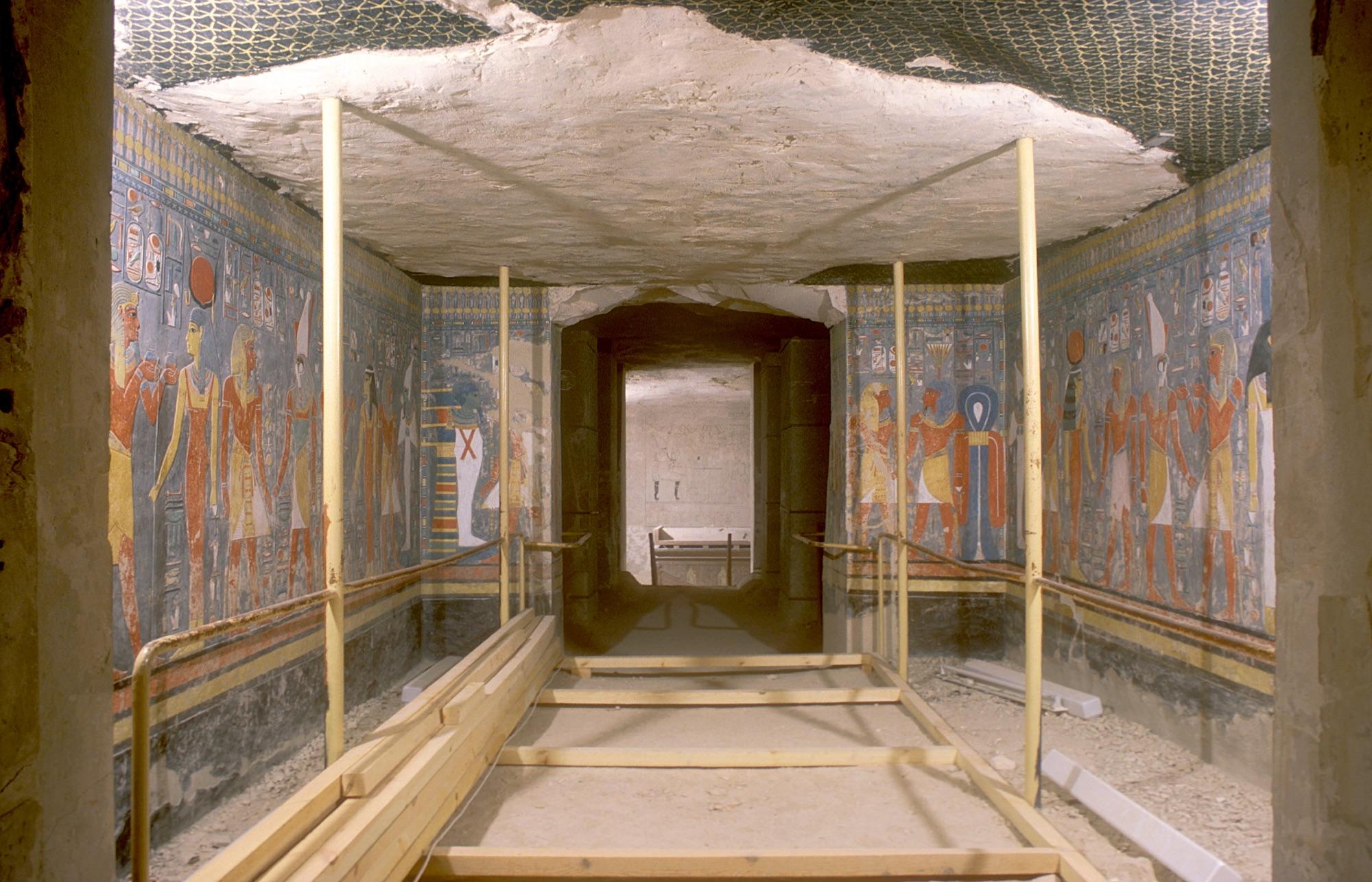