The entrance stairwell becomes narrower as it descends eastward to the first gate of the tomb. The entrance is cut into the cliff face and is covered by overhanging rock.

The gate is undecorated, and has traces of the original blocking.

A single sloping corridor leads down to the burial chamber.

A series of long, black, vertical masons' marks on several walls may have been used to lay out KV 55. The walls are plastered but not painted. The plastering seems to have been done some years after the tomb was first cut, and repairs to the work are evident. Most of the plaster on the left (north) wall had fallen off before the burials were inserted. A side chamber was started off the right (south) wall.

The gate is located in the right (south) wall of burial chamber J.

This side chamber was only partially cut. Canopic jars were found here.

The entrance to KV 55 is cut into the floor of the main valley between the resthouse and the tomb of Rameses IX (KV 6). This tomb is composed of an entryway (A) followed by a single corridor (B) leading directly into burial chamber J and its side chamber Ja. KV 55 was probably excavated at the same time as KV 46 and 62. An ostracon painted with what may be part of the original tomb plan was found in KV 55 in 1993 when the tomb was cleared by Lyla Pinch Brock.

It may show indications of the widening of the entrance, a feature also suggested by mason's marks on the wall near the tomb entrance. Marks on the walls indicate that, after the entrance and stairs were cut, the entrance was enlarged, the ceiling raised, and the number of stairs increased. The walls and ceiling in the burial chamber were plastered but undecorated. Objects found in KV 55 date from the time of Amenhetep III to the reign of Tutankhamen.

This appears to be a cache of burial equipment and human remains from the Amarna royal necropolis.

The tomb may originally have contained a number of burials brought from Amarna and later redistributed in other tombs. The mummy of Queen Tiye, for instance, may have been placed in KV 55 and later in the Amenhetep II cache (KV 35). KV 55 was originally sealed with blocks of limestone plastered with mortar and stamped with the seal of the necropolis. When this was broken through, rubble fill was inserted in the corridor. An attempt seems to have been made to remove the remaining burial equipment sometime after this event. It was resealed with rough blocking, perhaps during Dynasty 20, as were other tombs in the area, but this blocking did not remain in place. It appears that when the tomb for Rameses IX (KV 6) was cut just north of KV 55, debris was dumped over the entrance to KV 55. Analyses of the assortment of objects found in the tomb have contributed to several theories concerning the use and owner of KV 55. It is now generally believed that the mummy found inside the tomb was Amenhetep IV/Akhenaten.

By 1908, all the objects had been taken from the tomb and the entrance was protected by a steel door. This later disappeared, to be replaced by a stone blocking, which, by 1944, had collapsed. The entrance of the tomb then began to fill with debris. In 1993, Lyla Pinch Brock cleared the tomb, and in 1996 she repaired the plaster in the burial chamber and cemented the broken stairs.

Stains on the walls and ceiling of corridor B show that water infiltrated the tomb in antiquity. 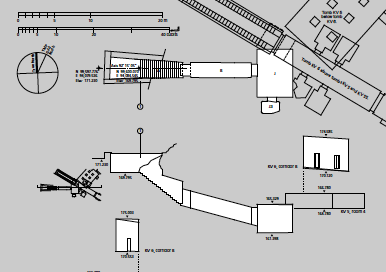 Brock, Lyla Pinch.  Theodore Davis and the Rediscovery of Tomb 55.  In: Richard H. Wilkinson (ed.), The Valley of the Sun Kings: New Explorations in the Tombs of the Pharaohs.  Tucson: University of Arizona Egyptian Expedition, 1995.  Pp. 34-46.

Costa, Pedro.  The Frontal Sinuses of the Remains Purported to be Akhenaten.  Journal of Egyptian Archaeology 64 (1978): 76-79.

King of Upper and Lower Egypt, Beautiful are the Manifestations of Ra, Unique of Ra; Son of Ra, Useful to Aten-Ra