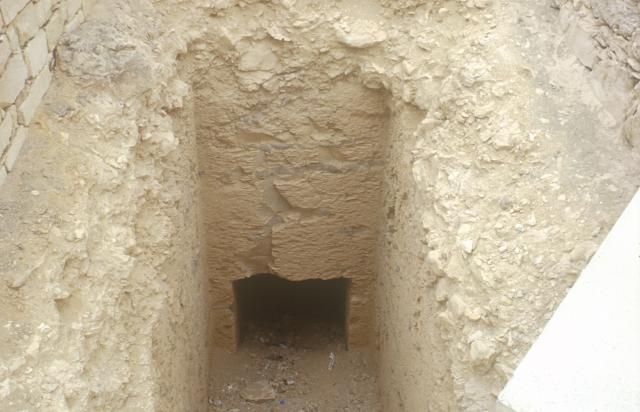 The stepped entrance passage slopes down to the gate and corridor B.

There are two hieratic graffiti over the lintel.

The only corridor in the tomb slopes down to chamber C. It is undecorated, but there are red dots along the center line of the ceiling used to layout the corridor.

Gritty fragments of a plaster and stone wall still line part of the gate, showing that at one point access into the chamber was blocked.

The chamber is rectangular in form and extends toward the southwest along the tomb axis. In the floor of this chamber is a descent. The chamber may have served as a burial chamber.

In the floor of chamber C, a staircase was begun that leads down and ends with an unfinished cutting of a small pit. Red marks were left near the left end of the staircase by the tomb cutters along with a pounding tool. The staircase was unfinished.

KV 49 is located in the west branch off the southwest wadi. An entrance stairway (A) leads down to a gate (B) leading into a long, sloping corridor (B). This opens into a large, rectangular chamber (C). An unfinished descent (C) in this chamber indicates that the cutting of the tomb was never completed. The tomb was left undecorated.

A rubble and cement wall has been constructed around the entrance by the Supreme Council of Antiquities to divert flood water. 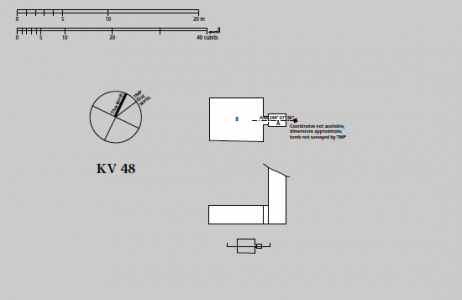