Roughly cut steps lead steeply down to gate B from a cleft in the hillside.

There are two roughly cut recesses opposite each other in the right (southeast) and left (northwest) walls, each containing a wadjet eye. The floor in the center third of the chamber is lower than the front or rear.

The gate leads into corridor B.

The gate is located in the right (east) wall of corridor B.

This small, undecorated side chamber narrows towards the left (northeast) end. Piled near the rear (southeast) wall are large limestone blocks. A side of beef was found in the chamber.

The square cut gate leads from corridor B into burial chamber J.

The low, roughly cut, unfinished chamber is rectangular in plan. The chamber still contains the mummy of an unknown woman.

The tomb is located in the southeast branch off the southeast wadi, immediately beside the entrance of KV 19, south of KV 20, in the eastern cliffs of the Valley. It is a small, undecorated tomb, consisting of an entryway stairway (A), a corridor (B) with recesses and a side chamber (Ba), and a roughly-cut burial chamber (J).

An unidentified female mummy still rests in the tomb.

An inscription on one Coffin bore the name and title, royal nurse, In. In has been thought by some to be Sit-Ra, called In, royal nurse of Hatshepsut. The mummy is now in the Egyptian Museum, Cairo. The other, still unidentified mummy remained in situ. Thomas suggested it might be the mummy of Hatshepsut, relocated by Thutmes III.

During Ryan's work on the tomb in 1989, a wooden box was built to hold one mummy, and a metal cover was set over the pit entrance.

The tomb was excavated by Carter and then closed again. It was relocated by Donald Ryan of Pacific Lutheran University. 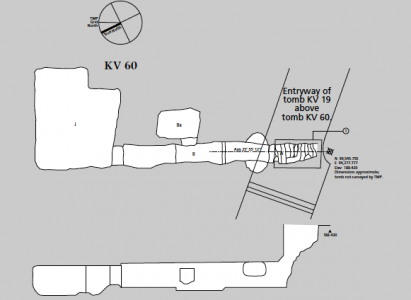 1 Photo
+0
See All Close
Want to use these images?

Ryan, Donald P., The Pacific Lutheran University Valley of the Kings Project:  A Synopsis of the First (1989) Season. Newsletter of the American Research Center in Egypt 146 (1989): 8-10.

Ryan, Donald P.  Some Observations Concerning Uninscribed Tombs in the Valley of the Kings.  In: Nicholas Reeves (ed.), After Tut'ankhamun: Research and Excavation in the Royal Necropolis at Thebes.  London: KPI, 1992: 21-27. 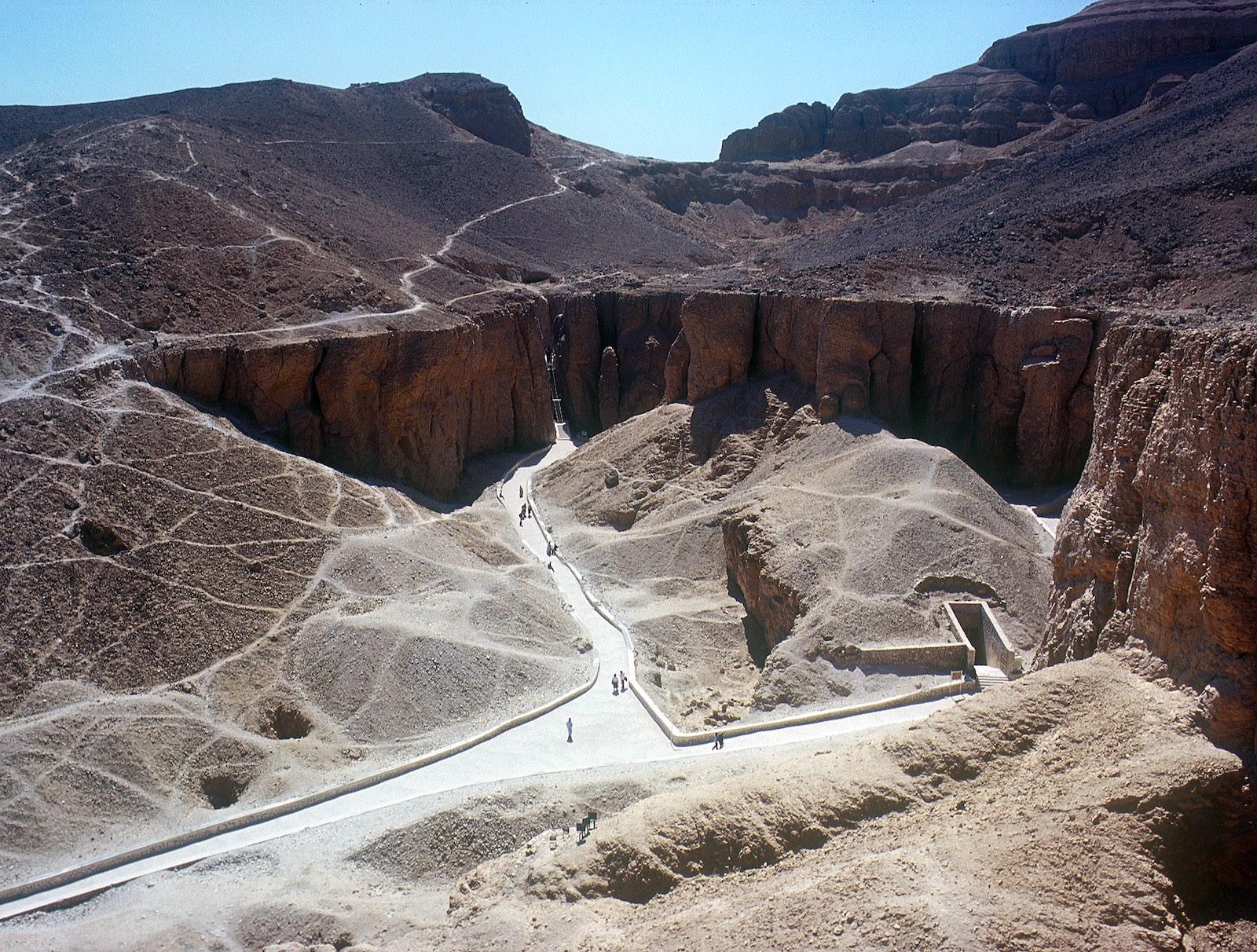